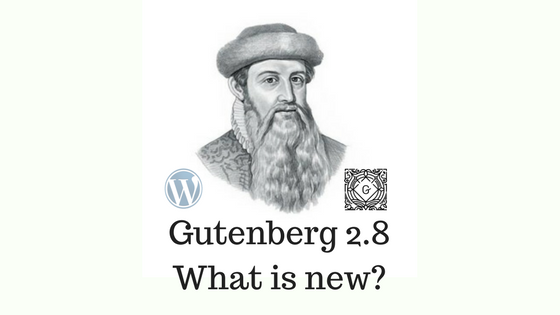 Although the average rating of 2.7/5 is not very encouraging, but as more features and improved User Interface is taking over the editor, ratings are expected to improve. The rating tells a story which is very clear that there are two groups of users. One group is loving the upcoming editor and other group seems to unlike the upcoming replacement of the present classical editor. Now there are some developers who have developed special plugins to deactivate Gutenberg and the plugin has 5 ratings. It means some editors/bloggers are actually are willing to keep Gutenberg deactivated.

The new version adds a new block called’ Spacer’to add space between two blocks. As earlier the plugin used to have similar space between all blocks, spacer lets users to add a space of desired width.

A new feature based on color in both background and text color is included in the new version. Now the configured colors can be assigned to classes. This has introduced the use of color name to select the desired color. This feature helps in easy use of the feature. It is also going to help developers to come up  with defined colors while designing themes based on Gutenberg. 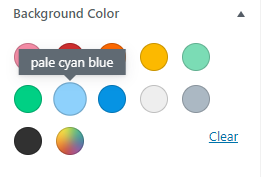 The Gutenberg 2.8 is improving the User Interface in different ways. One more step in this direction is that when user start typing in any block, the ‘movers’ on the top left side of the block disappears and appears back as soon as cursor is removed from the block. This also hides the block menu which appear on the top of the block.

This becomes a handy tool, as now users can start writing a title for their next document, without any concerns. Now users will change the permalink any time between the start and publishing. This eliminates the need of going for a redirect later.

Page Break is the new feature which helps you in optimization and indexing a lot. You can select and give a page break at any point of the document. To add one go to  Blocks> Layout Elements> Page Break.

Adding a page break will allow you to stack your website’s content in an organised manner. Now you can offer a single document in form of multiple pages. Maybe you can expect a plugin that will show the scroll arrow to the next page at the bottom of the first page of the document. This pagination is going to help different components of a single document to be presented in different pages, making it convenient for the readers. 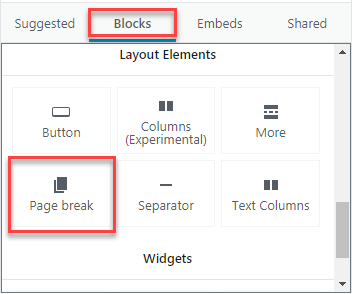 I hope you have gone through the previous method of adding rows and column to a 2×2 table in Gutenberg’s previous edition. If not I recommend reading 10 features of Gutenberg first. That is going to help you understand the differences in the two updates.

Earlier the table block would allow user to add only two rows and columns. But here is a great addition to the latest version of Gutenberg 2.7.0. It now allows user to add any number of columns one by one. To do so add an new Table Block. You will get a basic 2×2 table. Now you have you click on ‘Edit Table’ and select if you want to:

The video shows the ease with which you can create a full fledged table with any number of rows and  columns.

In the above illustration, you can see the ‘Vertical Block Scroll’ on the top right and the ‘More Option’ and ‘Remove Buttons’ on the top left corner outside the blocks. As the user hovers close the top corners on either sides, these options appears. This has been an improved feature compared to the previous versions. The plugin detects intents and shows the options using soft detection technique.

Assigning Dimension to the Images

The image block has a new addition in form of ‘Image Dimension’. This allows users to go for desired values of image width and height. Earlier versions had the percentage variations portions, where users could only select form four default dimensions of 25%, 50%, 75%, and 100%.

It has one more feature where users can choose the Source type of the image. It basically means that any variation in the dimension will be carried on the source type. The source type can be full image, medium, full shop single and catalog type, large or a thumbnail. Each of these has a fixed dimension and act as the source image. All these variations are a good indications for WooCommerce Users. These will help in better optimization of images and fit better with each other.

Earlier both the Add and Remove Link button were there in the block’s toolbar. Now there is a better and logical presentation can be seen while adding links. Add link appears in the toolbar, so you add a link. Once a link is added, it is replaced by a Remove link Option, which seems smart.

When you add the classic block it has both add and remove link in its toolbar. Users can add links in the classic block in the good old way. ‘Open in new window’ feature for this will still be the older one, where a new dialog box appears with suggested links and a box to tick if you want it to open the link in a new window.

The new version also came with a Plugin Sidebar API, which can be used by Plugin developers for development of additional Plugins. More Info on Plugin Sidebar API. To get to this option you need to click on the three vertical dot on the top right corner of the editor. Once you click on that, you’ll find a ‘Hello World’ bar. It also mentions Plugin.

With its addition developers will get access to a sidebar where they can carry out the plugin development work.

Well, you require to update your current version of WordPress to 5.0 to even experience Gutenberg. So instead of learning how to detective Gutenberg, it’s better to get ready for Gutenberg. You can do this by testing Gutenberg 2.8. And if you find any bug or want a feature added, you can submit a ticket to the Gutenberg Development Team at Github. Get the Official and Complete List of Gutenberg 2.7 and Gutenberg 2.8 updates straight for the developers.

Get our exclusive Ebooks on WordPress & WooCommerce 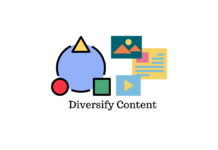 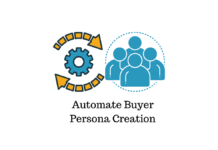 Automating the Process of Buyer Persona Creation: A Step-By-Step Guide for eCommerce Merchants 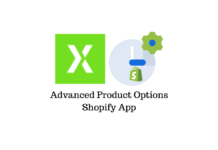