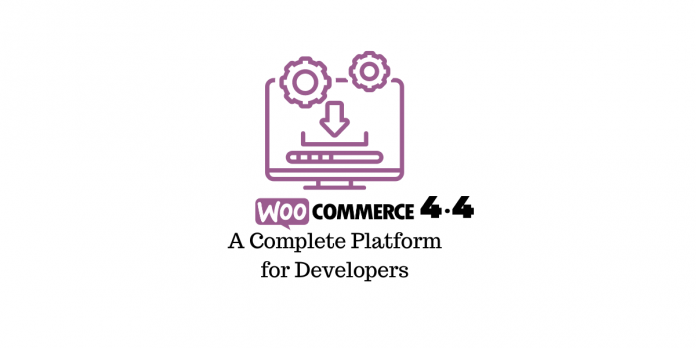 WooCommerce is a popular ecommerce platform used by online store owners and their customers to sell a variety of products over the web. The platform enables websites to be purpose built within it, giving its users a high level of control over how their store functions and how it’s customised. This provides professional web developers the opportunity to offer their services and create websites within the platform for online stores

Perhaps you’re a store owner as well as a web developer, running your eCommerce market through WooCommerce and tending to it yourself. If that’s the case, then our advice below will be even more important. Staying up to date with the latest software patches is essential, as WooCommerce is always a work in progress and receives continuous updates.

Whether you’re an experienced WooCommerce developer running your own store, or a developer who creates bespoke web pages for clients (who are themselves store owners), our tips below will help you learn about the latest update and how to make the most of it. Version 4.4 is the latest version available and this guide will provide an explanation of how it differs from the previous versions, and how web developers can utilise these features.

Our guide below will first breakdown the changes version 4.4 brings, but we will then discuss general methods for web developers to make the most of WooCommerce as a complete platform. Remember, 4.4 is intended to be a minor release and is largely built upon 4.3 with some basic changes to make the experience more stable and user friendly.

The new update contains everything that came before, but also adds all updates from the WooCommerce Blocks plugin. It includes all existing blocks, which have all now been brought up to date. This way web developers and users can tailor their experience to suit their needs completely.

Here’s a breakdown of changes across various blocks:

A coupon generating feature was added during the WooCommerce version 3.7 update. This then allowed users to generate automatic coupon codes. Something that completely eliminated the need for a store owner to do so manually ever again.

This functionality allows users to generate a fully usable coupon code with just the click of their mouse. The advanced settings also allow store owners to customize their codes when they are generated. While this feature is intended to help storefront users, new options to customize the platform will be a great boon for web developers using the platform.

The 4.4 update has centralized this feature, moving it to the marketing hub on the WordPress sidebar. Web developers should take note, the original coupon menu will still be located where it was prior to the update, but it will direct users to the new location.

As confirmed by WooCommerce’s press release detailing the recent update, 4.4 has not required any “core database alteration”, however the previous update 4.3 did introduce features that users of older versions may not know about. Web developers who are upgrading their WooCommerce to version 4.4 from earlier versions than 4.3 need to know that 4.3 introduced a new table to the database functionality.

In order to make the most of this change, web developers need to make sure their WordPress permissions allow for this table to be added to the database. Failure to do so could cause confusion or error messages following or during the update.

How Can Web Developers Make the Most WooCommerce 4.4?

In truth, WooCommerce 4.4 is only a few weeks old (at the time of writing), and it’s likely that it will be replaced by WooCommerce 4.5 soon. In fact, 4.5 is currently in beta testing and may be with us as soon as September 2020. The improvements brought by version 4.4 are welcome, but they are minimal. All updates since version 3.6 have followed this trend.

For a web developer to make the most of WooCommerce in its most up to date form, they should aim to look at the whole platform in its current state – as opposed to focusing solely on the changes brought by the latest update.

The latest version of WooCommerce incorporates everything the platform offers as a complete package, not just the changes that were made or errors that were patched. Therefore, unless a certain functionality was removed during an update (or an earlier update), advice and guidance on how to make the most of the platform that existed before the latest version should continue to be relevant – unless explicitly stated otherwise.

We have included some advice bellow on how we feel web developers can make the most of WooCommerce 4.4. Many of these tips were also applicable to older versions of WooCommerce, but have become relevant again since the 4.4 update:

For those who are keen to open their own WooCommerce store, as well as handle the web development tasks themselves; it’s essential to select a web quality hosting service. Store owners who are familiar with web development and WordPress will likely already be comfortable using a platform like WooCommerce, but choosing the right host give you the best possible start. Finding a reliable host can seem like an overwhelming task, we’ve had success in the past with The Hosting Foundry.com – if you’re looking for a web host which is tried and tested.

Doing your own web development, as well as choosing a free or budget hosting service is an effective way to cut costs, but in time paying for quality and reliability will be worth the price it incurs. Web developers aiming to make the most of WooCommerce should give this option serious consideration, especially if you’re planning on using the platform to be your primary income generator.

A quality web host will:

This is also something seasoned web developers or experienced WooCommerce users should consider if you are aiming to make the most out of the platform and its latest update.

This is a must for any web developer or WooCommerce user. Whether you outsource your web hosting and marketing efforts or do it all yourself, knowing the basics of SEO is crucial to WooCommerce success. Effective SEO dictates how visible your website is within Google or other search engines. Our aim in this blog is to explain how web developers can make the most of WooCommerce since it’s last update, but all this advice is wasted unless your store is discoverable.

Web developers need not become advanced digital marketers in order to make the most of WooCommerce, although if you’re a web developer and store owner then the more you know the greater help this will be. Fortunately, WordPress offers SEO plugins like Yoast to help users implement SEO techniques with easy to follow prompts and recommendations that can appear on every page.

These tools have been available on WooCommerce much earlier than version 4.4, but the update has made them more effective as bugs have been located and fixed. Applying these basic SEO strategies (either through plugins or manually) will help web developers create web pages that are more discoverable in search engines. Be it for your own page or one you’re developing for a third party; such plugins and strategies should be taken advantage of.

As the WooCommerce platform has become more sophisticated through regular updates so have its additional plugins and functionalities. Social media ‘share buttons’ have been available on the platform since its inception, but earlier versions were optional and rather simplistic in nature. Since that time however social media has evolved into a digital juggernaut, it’s now home to online influencers and extensive communities.

More platforms exist than simply Facebook and Twitter and more plugins have also been added to WooCommerce which allow developers to take advantage of them. To truly make the most of WooCommerce 4.4, reassess your social plugins and update them to newer versions if need be. Does your current plugin offer you a wide range of channels including the most recent such as TikTok etc?

Or it may make sense to delete your previous plugins and use newer ones entirely. These are likely to be more up to date, not just in terms of stability, but which networks they connect to. This can help web developers and WooCommerce store owners to build a following, which can lead to more customers.

Web developers are all different, each with varying levels of skill and experience. Advanced web developers may feel comfortable creating their own custom code instead of paying expensive fees for access to certain plugins. This may represent you; and that’s okay but remember this means it’s up to you to make sure your plugins are up to date, functional and compatible. It’s sometimes simpler to pay the money and take advantage of the benefits that brings.

There are advantages to paying for a premium plugin – even if you’re an experienced web developer. One advantage is that the code will not age or require maintenance. The plugin will be automatically updated by the provider. You will also own the license once you purchase it. It’s up to you, so use your judgement as a web developer, but consider your time as well as your budget and skills.

All WooCommerce web developers will understand the difference between mobile application and desktop. Traditionally, the term ‘mobile applications’ was limited to smartphones. Websites would need to be specially optimized for this purpose as an accompaniment to traditional web optimization. But today the line between mobile and desktop is blurring.

More and more devices are considered mobile in 2020, not just smartphones, but tablets, small laptops and hybrid devices are all now considered mobile – and such devices are becoming more popular than traditional desktops. This means that web developers need to take this changing landscape into account when optimizing web pages.

Mobile optimization is no longer something developers need to make time for, it’s something they need to prioritize. These devices now outnumber traditional desktop computers, meaning optimizing for mobile is essentially the new default. Updates to platforms like WooCommerce will be designed with this in mind – and developers need to incorporate this into their own projects.

The latest update requires WordPress 5.2 to function. Users of WooCommerce 4.1 or less will be prompted to upgrade to the new version. This is because the platform has required a WordPress version of 5.2 since WooCommerce 4.2 was released.

The update is fully backwards compatible with earlier versions of WooCommerce, so those who have an older version downloaded can simply update it without needing to install the software again. 4.4 is a relatively small update this is because it’s focused on improving the imperfections of earlier versions instead of changing it completely. This means that 4.4 is a lot like 4.2 – just much more stable and user friendly. WooCommerce started making smaller, more frequent updates from 3.7 onwards.

This allows the platform more freedom and enables development flaws to be located and fixed quickly.  This is useful information for web developers as it will lead to more options as time goes on. However, it will also require users and developers to make more of an effort to keep the platform up to date. The good news is however, once a problem has been identified it should be resolved fairly quickly.

The overall aim with WooCommerce 4.4 is to provide users with a more stable experience, but it’s also to add more options to allow web developers the freedom to add their own code as they see fit. 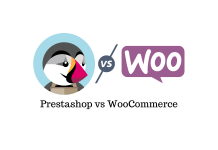 PrestaShop vs WooCommerce – Which Is Better for You? 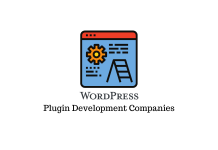 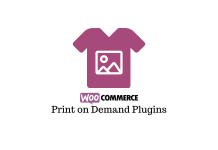